What’s Age Got to Do With It?

What’s Age Got to Do With It? 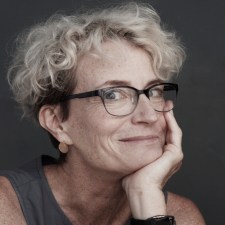 Ashton Applewhite, ageism activist and TED2017 speaker, shares her thoughts in this Q&A with Asbury. “[T]he cartilage goes away, but our experiences remain accessible to us. I don’t know anyone who would turn back the clock if it meant giving up what they’ve gained along the way.” Read more …

Asbury: As the author of This Chair Rocks: A Manifesto Against Ageism, you encourage people to embrace both sides of the story when it comes to aging: physical decline is real but little else is inevitable, and there’s little discussion of the very real benefits of aging. That’s why Asbury has named its campaign for Older Americans Month “What’s Age Got to Do With It?” We want to get the word out that of course aging doesn’t mean you stop being you. People continue to contribute, whether by working or helping other people or volunteering, or exploring or hiking— you name it. You’re still the same person.

Asbury: Do you think we are hardwired to see aging as a negative process or do you feel the messages we learn from the media and society play a greater role in shaping those views?

Asbury: What are the greatest obstacles to aging that older people face in our nation?

Ashton Applewhite is the author of “This Chair Rocks: A Manifesto Against Ageism” and was named an Aging Influencer of the Year by PBS’s Next Avenue. In April, Ashton was invited to speak at TED2017 in Vancouver about her mission to identify and end ageism in America.