A Need I Can Support 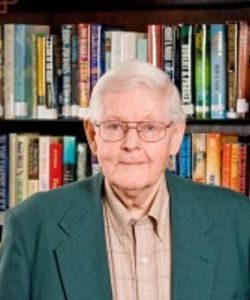 Jack Newell moved to Springhill in 2007 with his wife, Helen, who passed away in 2008.   An electrical engineer graduate of New Hampshire University in 1950, Jack went to work for General Electric retiring in 1987 after almost 40 years.  An active participant with Springhill’s Health ability program, he was a Fitness Center Member of the Month in 2009.  Jack also enjoys “looking around” on his computer, is a good “lefty” at ping pong, and a great contributor at Trivial Pursuit.

Since moving into his apartment, Jack has commented that he has felt “both fortunate and also guilty” that he has the means to live in such a wonderful community while there are others who cannot. He shares his beliefs that,

Due to the atmosphere that the community provides, Jack shares that “although a non-profit, I never thought of Springhill as needy,” and therefore he never considered making a donation.

However, that all changed in the fall of 2010 when Jack received the annual appeal letter, from Director of Development Carol Eller, for the Springhill Asbury Foundation. Jack returned a generous gift for the Springhill Benevolent Care Fund, along with a very kind letter to Carol. In his letter Jack shared, “your letter told me of the need of those who can’t any longer pay the expense of continuing their care, and that is a need beyond non-profit. I have contributed to those services that I felt were truly needy, and you have opened my eyes to one right here…The commitment of Springhill to cover residents care costs until death if necessary is a need I can support.”