To Believe in a Cause 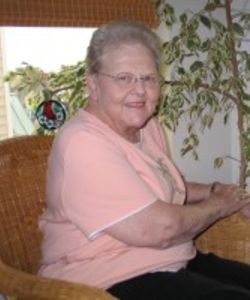 Prior to moving to Asbury Solomons, Dan and Jan Spinks lived on a 60-acre farm in North Carolina that they proudly called Holly Hill Farm. Jan reminisces about “being like two kids in a sandbox” as she and Dan frolicked about their farm on Hondas. Farm life suited the couple well, but when Dan took ill, the farm was too much to manage.

At a picnic in Raleigh, Dan and Jan met a couple who were talking about a CCRC. Jan started researching CCRCs and found out about Asbury Solomons. She says her first impression of the community was, “This feels like home.” In November 2002, Dan and Jan sold the farm; they moved to Asbury Solomons in January 2003. Jan smiles as she remembers the first resident she met, Mr. Lou Wood, who asked the couple to join him while dining in The Grille.

Since moving to Asbury Solomons, Jan has volunteered on several of the community’s committees. She served on the Wellness Committee and currently serves on the Dining Committee. Jan says prior to coming here, she was never really involved with a “cause” per se, but when she found out about the Benevolent Care Fund, she knew this was something she wanted to support. As most of her resources were used to care for Dan in his later years, the couple did not have much to give. But that did not stop them; they gave memorial contributions to the Benevolent Care Fund to honor friends who passed away, and helped when they could. Later, Jan found she was more able to support this cause she believed in, and her giving grew to other areas beyond benevolent care.

“Jan is a blessing,” says Director of Development Melissa Carnes. “She is a testament to the power of one person. She became a friend of the Foundation when she could give a little, but most importantly, she joined our cause and gave because she believed in the work we do. She touches all areas of the Foundation, but more importantly, she touches our lives by simply being our friend, Jan Spinks.”

Jan has tremendous respect for Asbury Solomons’s Pastor Randy. After all, he took time to visit Dan at Charlotte Hall Veterans Home and helped to truly bring God into Dan’s life. For this, Jan realized another cause she wanted to support: the Pastoral Care Fund, one of the specific purpose funds available through the Asbury Foundation. Pastor Randy had been borrowing worship items from his former church, so he decided to put forth a wish list of items needed for the Asbury Solomons Chapel. Jan began making gifts that allowed for the purchase of these items. “It’s easy to do that when it’s something that makes you happy,” says Jan. Since then, she has continued to support the Pastoral Care Fund, and has expanded her support to the Wellness Fund and Dining Fund. “I do this because I can, not because I want to be appreciated.”