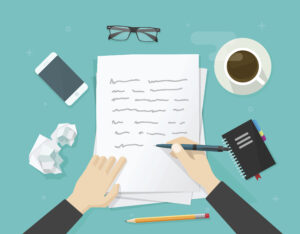 Intellectual engagement is like food for our brain. New experiences, possibilities, and the chance to interact with others is important at every stage of life, and even more so as we age. And it’s fun!

Asbury senior living communities are rich with opportunities to befriend fascinating people — including scores of authors who have chronicled their careers, given life to characters that become part of us, or put a passionate interest in print. Meet a few of them here.

A life in literature: Phyllis Naylor

Asbury Methodist Village resident and Newbery Award-winning book author Phyllis Naylor has published 140 books over the course of her career — 22 of them while living at Asbury.

Best known for children’s and young adult fiction – including the Alice book series and the Newbery Award-winning Shiloh – Naylor’s current project is an adult novel that she hopes to complete this year. After that, she plans to get started on the nine new characters and storylines sitting in folders on her desk and “waiting their turn.”

While Asbury can’t take credit for her talent, its lifestyle has helped Phyllis become more prolific in her writing. “There are so many things that I don’t have to deal with here,” she says. “If there’s a problem, I just call a number, and someone comes to take care of it.”

And Phyllis does credit the people, the conversation, and the camaraderie as inspiration for her writing and for helping keep her fulfilled and engaged: “Everyone here has a different background. It’s a wonderful mixture of people that I wouldn’t ordinarily be meeting.”

Asbury Methodist Village has dozens of authors who may not be as prolific or well-known as Phyllis, but who have equally fascinating tales to spin. One such resident is former U.S. Ambassador Prudence Bushnell, whose book Terrorism, Betrayal & Resilience: My Story of the 1998 U.S. Embassy Bombings, chronicles her experience during the al-Quaeda embassy bombing in Nairobi, Kenya.

Retired journalist Clyde Farnsworth, a Pulitzer Prize finalist, author, and resident of Asbury Solomons, has published four books, including Tangled Bylines, a memoir of father and son journalists. The book is based on the unfinished autobiography of his father, also named Clyde, who served as an Associated Press war correspondent in the Middle East, India, and China during World War II.

Clyde’s resume includes working for the New York Herald Tribune and The New York Times, where he was a foreign correspondent based in Europe, Canada, and Australia. He’s won numerous awards for his writing and was a Pulitzer Prize finalist in 1969.

Clyde seconds Phyllis’s sentiments about his community: “Just walking along the path, my wife and I run into oceanographers, mathematicians, physicians… It’s an invigorating to be in a place with such interesting and accomplished people.”

One of those invigorating residents includes Mike Vecchione, co-author of Octopus, Squid, and Cuttlefish.

Poetry has been a lifelong labor of love for Mary Anne Morefield, a resident of Bethany Village. She published her first poem while still in high school and over the years her work has been featured in multiple poetry journals, including Poet Lore, Poetry East, Atlanta Review, The MacGuffin and Chautauqua.

But it wasn’t until she moved to Bethany Village, and lost her husband a year later, that she decided to write a book. Earth, Grass, Trees and Stone, published in 2015, helped her to grieve and articulate some of the emotions that accompany such a major loss. “The whole process was very helpful to me,” says Mary Anne.

Following its publication, Mary Anne enjoyed giving readings of her poems and signing her books.

“The poet Robert Pinsky says that a poem is meant to be spoken,” says Mary Anne. “I never fully understood that concept until I began to give readings. I could feel the poem in my body, and see the audience receive the words.” And she’ll never forget the thrill of being approached by a person clutching her book and asking for an autograph.

Mary Anne says, “writing will make you joyful.” Her second book No Bridle, No Bit, No Reigns, was published in 2017, and was written not out of grief, but out of joy and “because she wanted to.”

Helga Rist is another Bethany Village writer who has poured her life experiences onto paper. Her novel, The Blood Letter: How a Young Woman Survived Four Soviet East German Prisons, offers a far different emotional journey from Mary Anne’s. Helga is joined by Joyce Kieffer, author of The Trees Inspire, which hit bookshelves in March 2022. This work of historical fiction tells the story of a Pennsylvania farmgirl in the 1890s who is inspired by a Native American healer.

It is just this diversity of experiences and journeys that make Bethany Village – and other Asbury senior living communities – such eye-opening and rewarding places to live. They are places filled with people who make you think, teach you something new and inspire and support your aspirations.