Asbury Methodist Village Located in One of Nation’s Best Regions 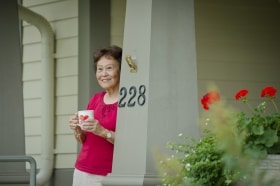 Did you know that Asbury Methodist Village is located in one of the nation’s best cities? We’re excited to share that Gaithersburg, Md., was recently named as one of the Top 50 Cities to Live in America by the business website 24/7 Wall Street.

The Top 50 U.S. Cities ranking utilized U.S. Census Data on 550 cities with populations over 65,000 and analyzed such factors as access to restaurants and attractions, education levels, and crime rates. The report noted that the concentration of restaurants in Gaithersburg is double the national average – although at Asbury Methodist Village, residents also enjoy access to a wide range of delicious dishes at several on-campus venues.

In 2014, Forbes magazine named Gaithersburg one of the 25 best suburbs for retirement, highlighting such livability factors as strong public transportation, close proximity of colleges, cultural attractions of Washington, D.C., and hospitals, and crime rates.

Following the 24/7 report, Gaithersburg Mayor Jud Ashman noted, “Wonderfully situated near the nation’s capital, but with a tight knit community that preserves the best qualities of a small town, Gaithersburg presents great opportunities for education, employment, recreation, and commerce. It’s a welcoming place to live.”

“The people who live and work at Asbury Methodist Village have long known what a great area this is,” said Asbury Methodist Village Executive Director Rob Liebreich. “Many Asbury residents chose our community in part due to the walkability factor, as well as the rich array of cultural activities both in the Gaithersburg region and nearby Washington, D.C.”

Contact us to learn why we agree and click here for resident videos sharing why they view Asbury Methodist Village as a smart move.