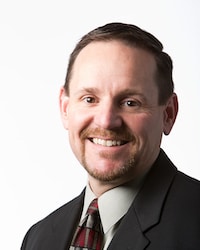 Doug began his career of service to older adults as a licensed nursing home administrator in Maryland and Pennsylvania. After several roles, including Administrator in Training, Human Resources Manager and Administrator with Homewood Retirement Centers, Inc., he joined the Asbury organization in 1994 as an Administrator at Asbury Methodist Village in Gaithersburg, Md.  He left Asbury briefly to serve as Executive Director of the RiverWoods Senior Living Community in Lewisburg, Pa.

In October 2000, Doug was asked to return to Asbury as the Executive Director of Reeders Memorial Home in Boonsboro, Md., and in 2002, he was named Asbury’s Director of Business Development, where he was responsible for developing business plans for potential new lines of service and assisting with the day-to-day operations including strategic planning, budgeting, marketing, compliance and clinical oversight.  Four years later, in 2004, Doug was named Chief Operating Officer for Asbury.

As President of TAG for the past three years, the company’s senior living client base experienced significant growth.

In January 2015, Doug was elected Board Chair of LeadingAge Maryland after serving as Vice Chair for the previous two years. Most recently, he was selected to join the advisory board for Senior Living 100, the premier leadership event for C-level executives from the nation’s largest, most progressive assisted living, independent living and continuing care providers dedicated to advancing the role of senior living in the continuum of care. Doug also serves on the Kairos Health Systems Board of Directors.