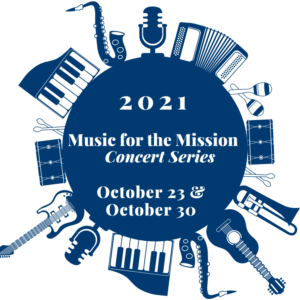 2021 Music for the Mission Concert Series

The Washington Balalaika Society was founded in 1988 by a group of Washington-area musicians interested in studying and performing the music of Russia, Ukraine and Eastern Europe on traditional Russian folk instruments, including the balalaika, domra, bayan and folk percussion instruments. The WBS Orchestra is now the largest of its kind in America, with musicians at all levels from beginner to professional, from teens to 90s in age. 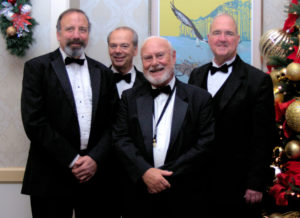 Although Dixieland Direct performs with as many as seven musicians, the nucleus of the group is a quartet. Fashioned after the Swing and Dixieland styles of Benny Goodman and Pete Fountain, Dixieland Direct features Henning Hoehne on clarinet, with Bob Boguslaw on piano, Dallas Smith on bass and Mike Flaherty on drums. Dixieland Direct has been performing together for almost two decades. Along with being featured on numerous recordings, members of Dixieland Direct have been featured at major jazz festivals and have toured extensively throughout the United States and abroad.

Focusing on musicianship as well as entertainment, the band combines humorous lyrics and a dose of bandstand shtick to make a fun-filled and enjoyable time for all audiences. The band is uniquely complemented with its own arrangers and an extensive library of over 500 arrangements. The collection includes arrangements from the early Scott Joplin Rags, Louis Armstrong, Fats Waller, Cole Porter and Duke Ellington…to name just a few.

Mike Flaherty’s Dixieland Direct Jazz Band is an exciting and energetic Washington, DC, based band that specializes in traditional New Orleans Dixieland music but its versatility encompasses other styles as well, these range from the music of the swing era, to society music to the Blues.

Support through a Patron sponsorship and/or purchasing performance tickets below. Patrons of the concert series will be acknowledged in the program and on AVTV for both performances.